Blower-style RTX 3090 cards are disappearing, and that’s bad for prosumers 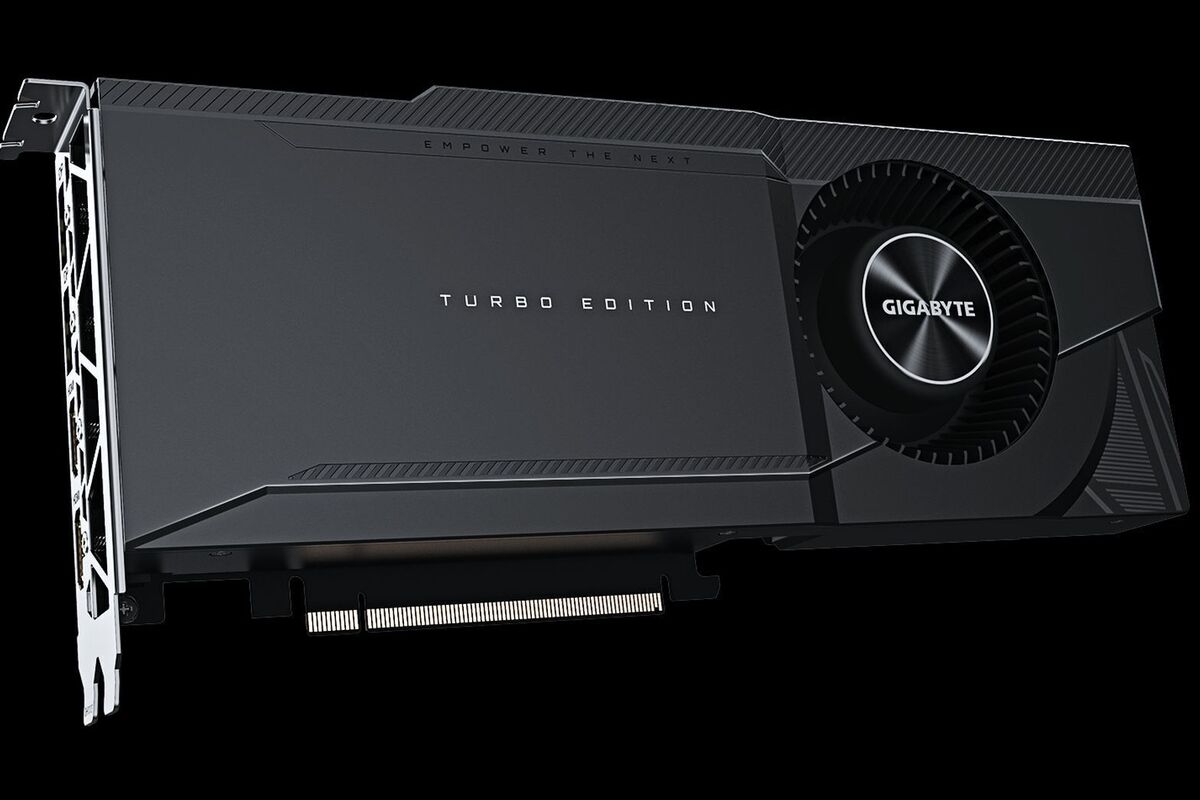 Both Nvidia and AMD switched from blower-style to axial-fan coolers for their in-house reference cards in recent years, and it was a good decision. Axial designs offer better cooling performance and lower noise levels in the single GPU setup used by much gamers. But blower-style coolers remain popular in workstations that use GeForce graphics cards for getting things done, leading Nvidia partners like Asus and MSI to release blower-style GeForce RTX 3090 editions to satisfy those professional needs. There’s just one problem: All those RTX 3090 blower cards are disappearing.

Videocardz speculates that graphics card makers are repurposing their blower-style coolers for the cryptomining-focused Nvidia CMP HX GPUs scheduled to hit the streets soon. That makes sense; mining is booming right now, and blower-style coolers are both affordable and let you squeeze multiple GPUs side-by-side in a rig, unlike the massive custom axial designs we’ve mostly seen this generation. That’s appealing to people setting up massive mining farms with dozens of GPUs churning at once.

The problem is those benefits apply to prosumer workloads too, and as our RTX 3090 review showed, Nvidia’s graphics card excels at creative tasks.

“With Nvidia’s latest GPUs—the GeForce RTX 3080 10GB and 3090 24GB—the amount of performance you can get from a single GPU has dramatically increased,” workstation builder Puget Systems explains in its guide to using four RTX 3090s in a single system. “Unfortunately, the amount of power these cards require (and conversely the amount of heat they generate) has also increased. In addition, almost all the GPU models available from Nvidia and third-party manufacturers are not designed for use in multi-GPU configurations which in many cases limits you to only one or two cards.”

The workaround suggested was Gigabyte’s blower-style RTX 3090 Turbo, whose dual-slot blower design lets you load up a workstation with four units.

“This type of blower-style cooling system is much better for multi-GPU configurations as it exhausts the majority of the heat directly out the back of the chassis,” Puget’s Matt Bach continued. “And when we are dealing with four 350 watt video cards, that is 1,400 watts of heat that we certainly want out of the system as quickly as possible.”

If blower-style RTX 3090 cards indeed dry up, people who use the powerful GeForce cards in workstations for GPU render farms or AI research will find their options much more limited. Graphics cards with gamer-focused axial designs tend to be much larger and dump their hot air back into the PC’s case. Workstations with those will be limited to one or two axial RTX 3090s inside, rather than being loaded with up to four dual-slot blower cards—meaning it will take you longer to finish your work. Since time is money for pros, that’s a big bummer.

Of course, Nvidia will no doubt be happy to sell business-focused Quadro cards to people who truly need abundant RTX 3090s, but the high-end GeForce card appeals to many prosumers and researchers thanks to its massive 24GB of memory and affordable (compared to Quadro) price. The Quadro RTX A6000 contains hardware similar to what’s inside of the RTX 3090, for example, but costs $4,650 compared to the GeForce card’s $1,500 price tag. Hopefully the blower-style RTX 3090 options return once this damned cryptocurrency bubble pops.