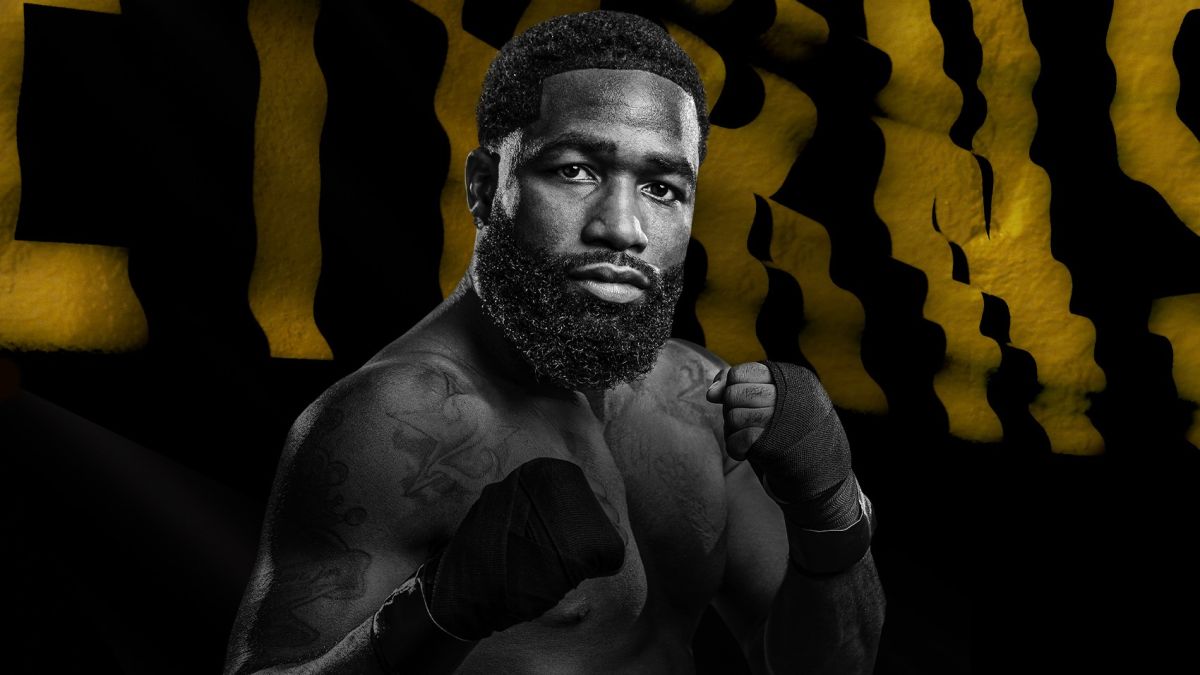 More than two years on from his last fight, Adrien Broner steps into the ring for a comeback bout that few had seen coming. ‘The Problem’ has spent much of the past two years living up to his nickname, and needs to perform against the little-known Jovenie Santiago if he’s to avoid going down in the history books as little more than a Floyd Mayweather tribute act. Read on as we explain how to watch a Broner vs Santiago live stream right now and catch all the boxing action online from anywhere in the world now.

It’s been quite a downfall for Broner, once ranked amongst the best pound for pound boxers in the world, but with two defeats and a draw from his last three bouts. The most recent of those was a defeat to Manny Pacquiao by unanimous decision at the MGM Grand in January 2019 – a world away from the Mohegan Sun Arena.

But, regardless of whether you think he deserves it or not, he’s now got a chance to resurrect his image. In the opposite corner is undefeated Puerto Rican boxer Jovenie Santiago, who like Broner is also 31.

This is the first time ‘El Lobito’ (The Wolf) has fought in the US, and though he’s relatively unknown he has good pedigree, boasting a 14-0-1 record, with 10 of those victories coming by knockout.

It looks set to be yet another blockbuster night in the life of Adrien Broner, so follow our guide below to catch the comeback fight on Saturday – here’s how to watch Adrien Broner vs Jovenie Santiago online and get a Broner vs Santiago live stream from anywhere.

Can I watch a free Broner vs Santiago live stream tonight?

Yes – in the US the fight is being shown on Showtime, but you can get access to the channel via a free trial with subscription streaming service Sling TV.

In other parts of the world you have to pay, but unlike many other boxing events, which tend to be eye-wateringly expensive PPV affairs, you can get the fight dirt cheap.

Showtime has the rights to show the Broner vs Santiago fight in the US.

Coverage of the main card starts at 9pm ET/ 6pm PT, but the headline act is expected to get underway at around 11.30pm ET / 8.30pm PT – though this of course depends on how long the earlier fights last.

While Adrien Broner vs Jovanie Santiago is exclusive to the premium cable network, there are still a number of ways you can stream the fight online in the US.

Cord-cutters will want to give serious consideration to watching via a streaming service. For example, Sling TV has Showtime included in its new Premium Pass bundle – which also gets you Starz and Epix.

You can also get Showtime via Amazon Prime Video, and the channel even offers its own standalone streaming service that costs just $10.99 a month and is completely contract-free – try it for free to see if it’s right for you.

Also, don’t forget that as per our guide above, if you find yourself out of the country, you can use clever software like a VPN to watch Broner vs Santiago just as if you were at home.

Broner vs Santiago live stream: UK time, price and how to watch the fight online

Somewhat surprisingly, neither Sky nor BT have snapped up the live broadcast rights to show the Broner vs Santiago fight in the UK.

While no linear channel is set to show the fight, online combat sports Fite.tv streaming service has fortunately stepped in to offer the action as a pay-per-view event.

In order to watch Broner vs Santiago, you’ll need to set up a FITE TV account, with the PPV set to cost £9.99.

The fighters are expected to start their ring walks at around 4.30am GMT in the early hours of Sunday morning.

Out of the UK and need a stream of that PPV? Try a VPN to change your IP location.

How to live stream Broner vs Santiago in Canada

In Canada, you can watch the Broner vs Santiago fight on TSN5.

As TSN 5 is a premium channel it typically come with a pay TV package. If you get TSN as part of your cable deal, then you’ll just be able to log in with the details of your provider and get access to a Broner vs Santiago live stream.

And if you decide to subscribe or already have, remember you can take your favorite sports streaming service with you wherever you go – just try the No. 1 VPN around 100% risk-free for 30-days and follow the instructions above.

Live stream boxing in New Zealand: how to watch Broner vs Santiago online

The place to watch the Broner vs Santiago fight in New Zealand is Sky Sport, which is available in New Zealand as part of a range of pay TV packages.

The ring walks are expected to begin at around 5.30pm NZDT on Sunday, February 21, and Sky Sport Select’s coverage starts at 3pm.

Anyone with Sky Sport as part of their package can use the app to stream coverage.

And Sky Sport Now exists as an option for Kiwis who want access to Sky Sport channels on a contract-free basis, with a week pass costing $19.99.

Anyone currently based in New Zealand from a different country can use the VPN route described above to tune in to their local coverage just like they would at home – and Kiwis abroad can use the same method to virtually head back to NZ.

If you’re abroad and discover that your usual coverage is geo-blocked, then the only alternative that we know is to use a VPN to dial in to a country that does is showing the fight.

The software is perfect for this as it allows you to change your IP address and appear to be in a completely different location – and all through a safe, encrypted connection. Here’s how to get started.

ExpressVPN is the world’s top VPN
We’ve tested all of the major VPN services and we rate ExpressVPN as the absolute best. It’s compatible with loads of devices including iOS, Android, Amazon Fire Stick, PlayStation, Apple TV and such, and we found it secure, speedy and simple-to-use.

Another great perk is the fact that it comes with a 30-day money back guarantee and 3-months FREE, so you can see if it’s right for you with no strings attached.

Once you’ve downloaded the software, just follow the prompts to install it then select the location you want to relocate your IP address to – it really is that easy.

Remember, there are loads of benefits to using a VPN beyond just helping you regain access to streaming services and content from abroad. One of the biggest is security: by using encrypted tunnels, VPNs give you a robust first-line of defense against cybercriminals and government snooping. This makes everyday tasks like online shopping and banking much safer, and many people choose to use one for that reason alone.

Broner vs Santiago time and date

The Adrien Broner vs Jovanie Santiago fight takes place on Saturday, February 20 at the Mohegan Sun Arena in Uncasville, Connecticut.

The night’s main card is set to get underway at 9pm ET/ 6pm PT in the US and 2am GMT, 1pm AEDT in the UK and Australia respectively.

Ring walks for the main event are roughly expected to be as follows.

Who is Adrian ‘The Problem’ Broner?

Once one of the biggest draws in boxing, Adrien Broner had a reputation for being just as brilliant inside the ropes as he was a trouble-maker outside them.

The 31-year-old was born in Cincinnati, Ohio, and turned professional in May 2008, after a stellar 300-19 amateur career.

But since then, a multitude of issues in his personal life have coincided with a steady decline in the ring, and Broner has won just one of his past four fights, beating Adrían Granados in February 2017 – four years ago.

He comes into tonight’s fight with a 33-4-1 record, with 24 of his victories by knockout.

Who is Jovanie ‘El Lobito’ Santiago?

Born in Bayamon, Puerto Rico, six months after Broner, Jovanie Santiago turned professional a year before his opponent, but has fought 23 fewer fights.

He has a near-perfect record of 14-0-1, with 10 knockout victories, and will be looking to make his mark in the US, where he’s fighting for the first time.

Though Broner is the favourite, it’s Santiago who has the height and reach advantage, but can he make them count?

It was only the second loss of a professional career that’s spanned nearly 10 years, but it was a humiliating one, with the American hitting the canvas in the first round.

You don’t know what you’ve got ’til it’s gone. After a fittingly fleeting time in the wild, Twitter is banishing its ephemeral stories feature...
Read more
TELUGU

The startups in the batch will receive US$150,000 in funding in exchange of a 10% stake. Source link
Read more