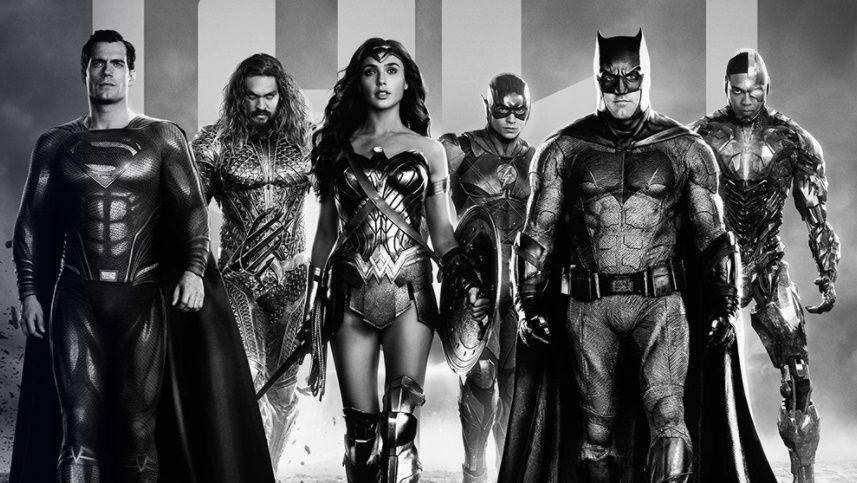 For superfans of DC Comics and superheroes in general, the big day has arrived. We finally get to watch the Justice League movie just as its visionary director intended (although probably on a smaller screen than he would have liked!). Follow our guide below as we explain how to stream the Snyder Cut, with HBO Max the place to be in the US.

Featuring a who’s who of DC’s best-loved superheroes including Batman (Ben Affleck), Superman (Henry Cavill), Wonder Woman (Gal Gadot), The Flash (Erza Miller) and Aquaman (Jason Momoa), the Justice League that made it to theaters a few years ago was a commercial and critical disappointment, netting a mortal $658 million at the box office and receiving decidedly mixed reviews.

Watch in US: exclusively on HBO Max

Watch in Australia: get a FREE Binge trial

Many saw the creative vision for the film as compromised by the fact that two directors had worked on the project and the theatrical version was something of a disappointment for fans. The superhero team-up film also underperformed at the box office, bringing in just US$658 million in ticket sales – significantly less than what the standalone Wonder Woman film made just a few months earlier.

Now fans can finally see for themselves what Justice League would have looked like if Snyder had stayed at the helm, with the infamous four-hour Snyder Cut having landed on HBO Max in the US as well as a number of other well-known streaming services and PVOD platforms all over the world.

The wait is finally over! Read on as we explain how to watch Justice League online and stream the full Snyder Cut movie this week.

Get today’s best price on your streaming service

How to watch Justice League online in the US

The Snyder Cut is available to watch online exclusively on the HBO Max streaming service in the US. It has an affordable monthly price tag of $14.99, and your money gets you access to a huge amount of quality content to stream live and on-demand.

HBO Max’s back catalog totals over 10,000 hours and, as well being the place to watch new movies like Zack Snyder’s Justice League, the service features some of TV’s all-time greats in The Wire, The Sopranos, Game of Thrones, and Friends – plus newer hits such as Euphoria, I May Destroy You, and The Flight Attendant.

All in all, it’s one of the best streaming services the US has to offer – but if it falls short of your expectations for whatever reason or you only want it to watch Zack Snyder’s Justice League, you can of course cancel HBO Max at any time – unlike getting the channel through cable.

How to watch the Snyder Cut in the UK

You didn’t think it would be available for free, did you? You’ll need a Sky Cinema subscription to be able to see the Snyder Cut in all its 4-hour glory. Well, either that or a Now Cinema Pass.

If you have Sky, you can use Sky Go apps on mobile, tablets, PCs, PS4s and more. Or just watch it through your Sky Q box on the biggest screen you can get your hands on.

HBO’s Canadian friend Crave is the place to watch the Snyder Cut in Canada, with the service offering the movie to subscribers just like HBO Max in the US.

You’ll need a basic Crave package and its Movies + HBO add-on, which totals a reasonable CAD$19.98 a month before tax – though for a limited time, you can save 50% on Crave for the first three months of your subscription.

How to watch Zack Snyder’s Justice League in Australia

Folks Down Under can stream Zack Snyder’s Justice League from 6pm AEDT on Thursday, March 18 on Australia’s home for HBO content, the streaming service Binge

Pricing starts at just AUD$10 a month, but you can check out a FREE Binge trial first to see if it’s right for you, essentially making Zack Snyder’s Justice League free to watch as part of your subscription – no extra rental or purchase fees necessary.

Additionally, you will also be able to stream the film on Foxtel Now. This streaming service is admittedly more expensive, costing AU$25 per month for the mandatory Essential Pop & Lifestyle pack, and a further AU$20 per month for the Movies add-on. You can test out the service to see if it’s right for you with a 10-day trial.