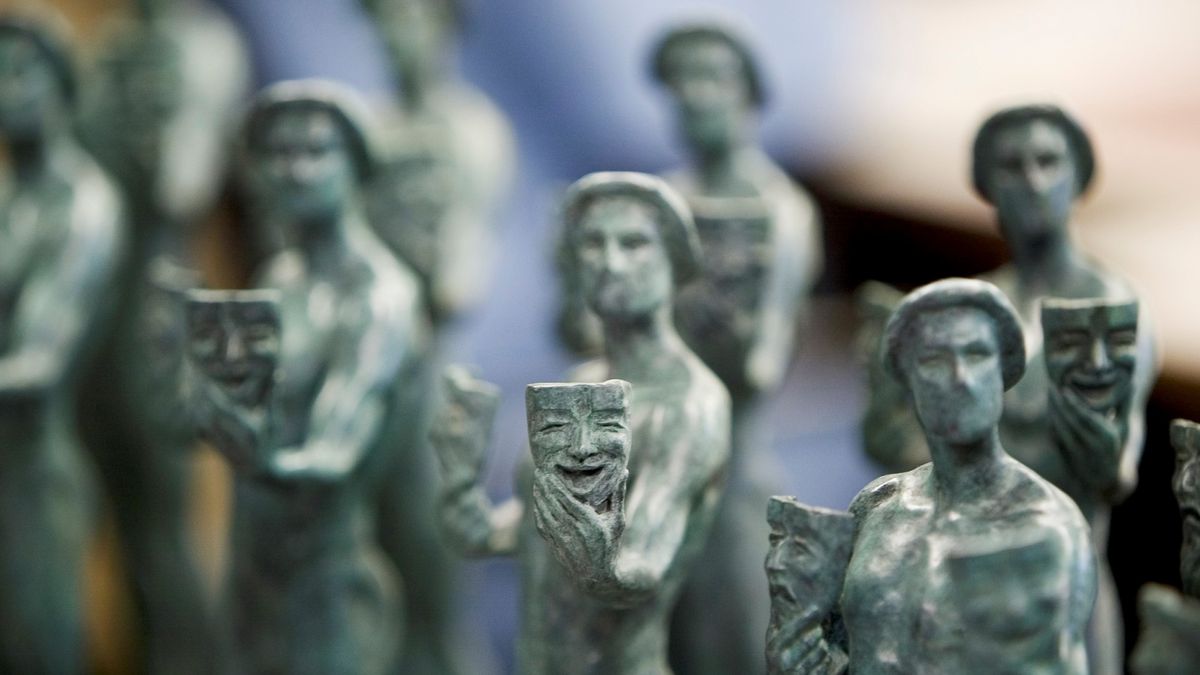 If you like your awards ceremonies short and sweet, the 2021 Screen Actors Guild Awards couldn’t fit the brief any better. The 27th SAG Awards show has been streamlined to the extreme, and will be a rapid-fire, 60-minute virtual celebration of the finest film and TV performances of the past year, with winners set to be named across 15 categories. Follow our guide below as we explain how to watch the SAG Awards 2021 online and live stream the Screen Actors Guild Awards ceremony wherever you are in the world.

Yes, the SAG Awards have gone completely virtual this year, meaning there’s no red carpet, no venue, no host – something the A-listers probably don’t mind so much – and it’s entirely pre-recorded!

Gaffes and blunders will, therefore, be in short supply, but on the positive side it means we’ll rattle through the awards (and acceptance speeches) at lightning speed.

Riz Ahmed, Daveed Diggs, Viola Davis, Lily Collins and many more of the nominees will also be presenting awards, plus sharing their own funny, touching and deeply personal stories about how they got into acting.

And better still, most of the favorites, including The Crown, The Queen’s Gambit, and I May Destroy You, are available to stream right now!

It’s a must-watch for film and TV buffs, so read on as we explain how to watch Screen Actors Guild Awards 2021 action online tonight – live stream the SAG Awards ceremony from anywhere.

How to watch SAG Awards 2021 free: live stream the awards online in the US

In the US, the SAG Awards are being televised on both TBS and TNT, with the ceremony beginning at 9pm ET / 6pm PT.

If you get TBS through your cable package, you can also tune in via the TBS website if you have your cable details at hand. The same applies if you get TNT through cable – just log in to the TNT website with the details of your cable provider.

Those who don’t have cable needn’t worry, as you can watch the SAG Awards without cable by using an over-the-top streaming service like Sling TV.

The Sling TV Orange package costs just $35 a month and includes TBS and TNT. Plus, Sling usually offers new subscribers a bargain – right now you can save big bucks with this Sling TV deal, which lets you add AirTV 2 and a HD antenna for a bumper load of local channels and 50+ hours of DVR storage with a massive $100 discount!

Not in the US right now? You can watch a SAG Awards live stream just like you would if you were at home by using a VPN. Further details on how that works can be found below.

Unfortunately, if you try to watch your domestic coverage from somewhere outside your home country, you’ll soon find a problem – geo-blocking. That’s where the broadcaster prevents you from watching your usual feed from abroad. It’s a common problem for streamers all over the world, but there’s an easy solution.

Can I stream the SAG Awards around the world?

Sadly, the answer is no. The SAG Awards are usually aired around the world, but that has unfortunately changed this year.

Your best bet, therefore, is to explore the VPN route set out above, in order to tap into a US broadcast.