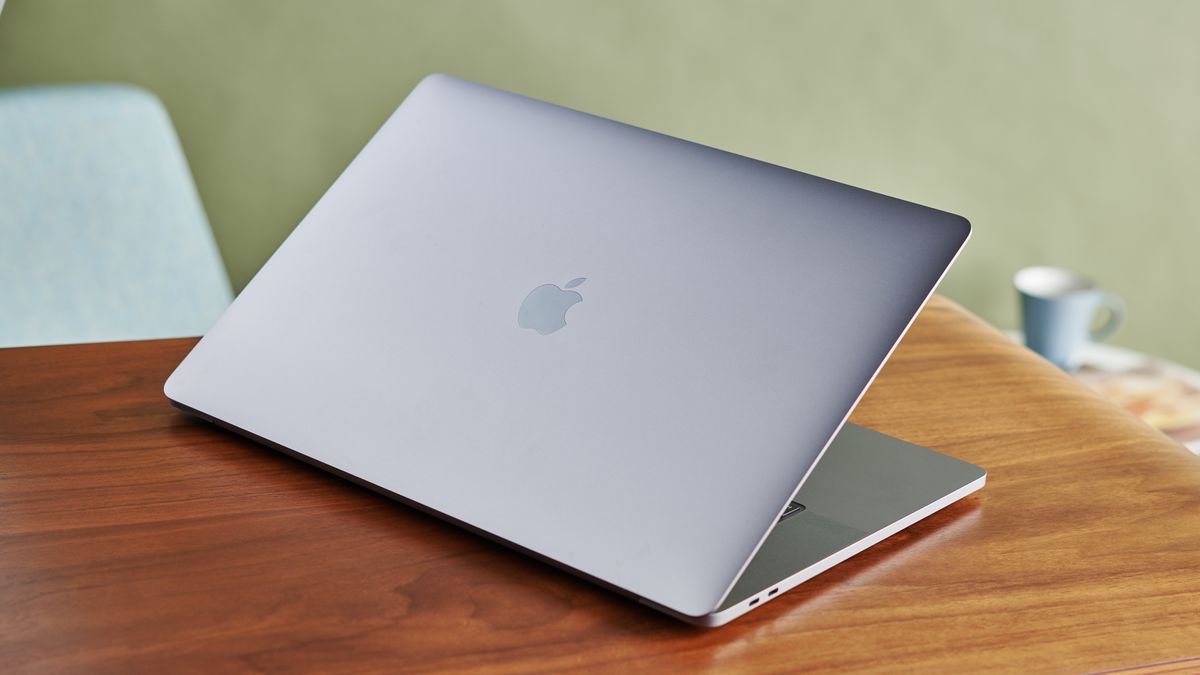 The new MacBook Pro 16-inch (2021) has been keenly awaited. The MacBook Pro 16-inch 2019 had made a splash with its bigger display that provided more screen real-estate without increasing the actual size of the MacBook Pro 15-inch. And, fans of this newer flagship are anxious for an upgrade, especially because aside from the step up in screen size (with way slimmer bezels), the overall design hasn’t changed all that much.

Save for a low-key GPU upgrade in 2020 – perhaps due to some folks getting impatient to see the sequel to the Pro line’s larger-screened model – there hasn’t really been any official news about the follow up to the original model. Lucky for us, with Apple’s spring event fast approaching, rumours surrounding the new MacBook Pro 16-inch (2021) are starting to pile up.

Based on these rumours, the new MacBook Pro 16-inch (2021) is expected to make some big moves on the design front. That could include ditching the Touch Bar, bringing back MagSafe, and even more exciting, a new Mini-LED screen. That’s without mentioning the prospect of pepping up the new MacBook Pro with what could be the sequel to the impressive M1 chip.

It’s starting to look like we may be looking at a considerably more powerful follow up to the line. All things considered, the MacBook Pro 16-inch (2021) could be a seriously enticing release. And, we’re here to prepare you for what’s to come, gathering everything we know and have heard about it below, from its rumoured new features to its expected arrival date.

Cut to the chase

Apple’s revamped MacBook Pro 16-inch is likely to debut in Q3 of 2021, going by the most recent buzz on the laptop grapevine.

One of the most reliable sources of leaks and tips on Apple, analyst Ming-Chi Kuo, previously said that he believes that the incoming 16-inch model could debut in Q2 or Q3 of 2021.

A recent DigiTimes report then pointed to a Q2 debut, but that isn’t the most reliable source in our experience, and Kuo has further predicted that fully redesigned MacBooks using Apple’s own custom ARM-based processors will be turning up in the second half of 2021. Most recently, Kuo reasserted the Q3 date for the launch of the MacBook Pro 16-inch refresh.

Furthermore, respected tipster Mark Gurman has indicated a launch around mid-2021, which fits with Q3. In theory, then, the new MacBook Pro could potentially pitch up as soon as July. Of course, it’s entirely possible that even if Q3 is Apple’s plan, the launch window could change, particularly given the unusual level of disruption the tech industry has been subject to in recent times due to coronavirus interfering with supply chains and logistics.

Regarding the cost, we haven’t yet heard anything on the grapevine as to what the asking price of the incoming MacBook Pro will be. The current MacBook Pro 16-inch starts at $2,399 (£2,399, AU$3,799), for reference, so that’s obviously a good ballpark figure in terms of where to set your expectations.

As mentioned, a lot of the chatter coming from the rumor mill indicates that Apple is planning a proper redesign for this model, which is obviously exciting.

That said, a report from Bloomberg (by Mark Gurman) observes that the new MacBook Pro 16-inch will be ‘similar’ to its current incarnation, but will have changes to the design, albeit ‘minor’ ones; so that sounds a bit more reserved.

At any rate, according to a research note from Ming-Chi Kuo, Apple’s revamped laptop will drop the ‘curvy’ looks of the current MacBook Pro 16-inch, instead utilizing a ‘flat-edged form factor design’ similar to the ‌iPhone 12‌.

One of the biggest rumored changes, though, as claimed by both the above sources, is the possibility that Apple is set to drop the Touch Bar; at least on some 16-inch models, anyway.

The context-sensitive touch strip at the top of the keyboard is not favored by some – and adds to the cost of the MacBook Pro – so could therefore be dropped, Kuo believes, to be replaced by traditional function keys. Gurman reports that Apple is testing versions of the MacBook Pro 16-inch which don’t have the Touch Bar, as some users don’t find it convenient or particularly useful.

In short, there may at least be versions of the MacBook Pro 16-inch which do not have the Touch Bar on board (although such a scenario may affect the amount of devs supporting the feature in their apps – if it isn’t guaranteed that everyone will be using it).

But if the Touch Bar could be getting kicked into, er, touch, then there’s another design feature apparently set to return – the MagSafe charger. This was a popular charging setup in the past, which as the name suggests uses a magnetic connection, so if the cable is unexpectedly yanked – say, it’s tripped over by someone – then it easily and harmlessly comes out (as opposed to pulling the plugged-in MacBook off a table, for example).

MagSafe also offers faster charging, another potential boon with this switch – although hopefully Apple will maintain the possibility of USB-C charging as an option, too, if this is the route which the MacBook Pro 16-inch is taking. Again, both Kuo and Gurman believe this design change is coming.

Kuo has also indicated that the incoming MacBook Pro 16-inch will have more ports, although he didn’t elaborate on exactly what those connectors might be. Still, that sounds like promising news for those hoping for good things on the connectivity front. (In our review of the current MacBook Pro 16-inch, one of the main downsides of the new model highlighted is that there are just four Thunderbolt ports, and no other connectivity options besides, like an SD card slot for example).

Aside from the aforementioned design changes, there are two main rumors floating around concerning big alterations to the existing MacBook Pro 16-inch formula. Namely that Apple is intending to switch from Intel processors to its own silicon, and that a new and radically different screen will be used.

Ming-Chi Kuo has said that there will be no Intel CPU options for the new MacBook Pro 16-inch, with only Apple chips used, and Gurman reckons that Apple will go for the sequel to its M1 chip which will offer ‘more cores and enhanced graphics’. Exactly how many cores this successor chip – which may be named the M1X – will have has been the subject of some varied speculation, and we’ve seen mention of up to 12-cores, or even 20-cores (with 16-cores plus 4 power-efficient cores).

Take that with a large helping of caution, but any increase in the oomph provided by Apple’s custom silicon is going to cause some serious excitement, given the performance feats Apple has already managed with the M1 itself (there is, of course, still always the possibility that Apple will stick with the M1).

The Mini-LED screen is the other major notable rumor which keeps popping up around the MacBook Pro 16-inch. Kuo has previously predicted that some MacBook Pro models arriving in 2021 (and 2022) will benefit from Mini-LED technology (as well as the iPad). Theoretically, the savings made from using the M1 processor (or its successor) will help to pay for the additional cost of Mini-LED.

Mini-LED would mean a display with more vivid colors and better dynamic range, plus superior contrast and brightness in general – all with better power-efficiency. So it could be quite a substantial step up in terms of overall display quality.

The potential fly in the ointment is that oddly, in Kuo’s latest research note concerning the Touch Bar being ditched which we’ve already discussed in depth, there was no mention of Mini-LED at all. And the report from Gurman doesn’t talk about Mini-LED tech either, but does note that Apple intends to improve the screen of the MacBook Pro 16-inch with “brighter, higher-contrast panels”.

Given that, it now seems a bit uncertain whether Mini-LED is in the cards or not – although it was only ever just a rumor. At any rate, it does seem that Apple intends to produce a better display of some kind, even if it isn’t Mini-LED equipped.

Another potential development is that if Apple does indeed keep the Touch Bar – at least on some models of the MacBook Pro 16-inch – it could be Force Touch-enabled. That tech allows for the registering of different strengths of presses on the bar, which could be useful for activating additional functions – or perhaps avoiding accidental presses of the Touch Bar, which can be aggravating. Although the only evidence for this is an Apple patent thus far, and as we know, patents can often remain avenues of research that never reach a final product. We wouldn’t hold our breath waiting for this one, in other words.

All that said, an older leak – dating back to August 2020 – chewed over the prospect of an entirely new 2nd-generation Touch Bar, which could be considerably bigger than the existing strip. This does, however, fly very much in the face of what the more recent rumors we’ve already covered – from more reliable Apple sources – seem to be saying. It doesn’t seem likely that Apple would put more focus on the Touch Bar, in all honesty, although you never know…

Finally, another possibility aired on the MacBook Pro grapevine is that the new 16-inch model will carry mobile variants of AMD’s incoming RX 6700 series graphics cards, which are rumored to arrive in March. That certainly seems plausible.