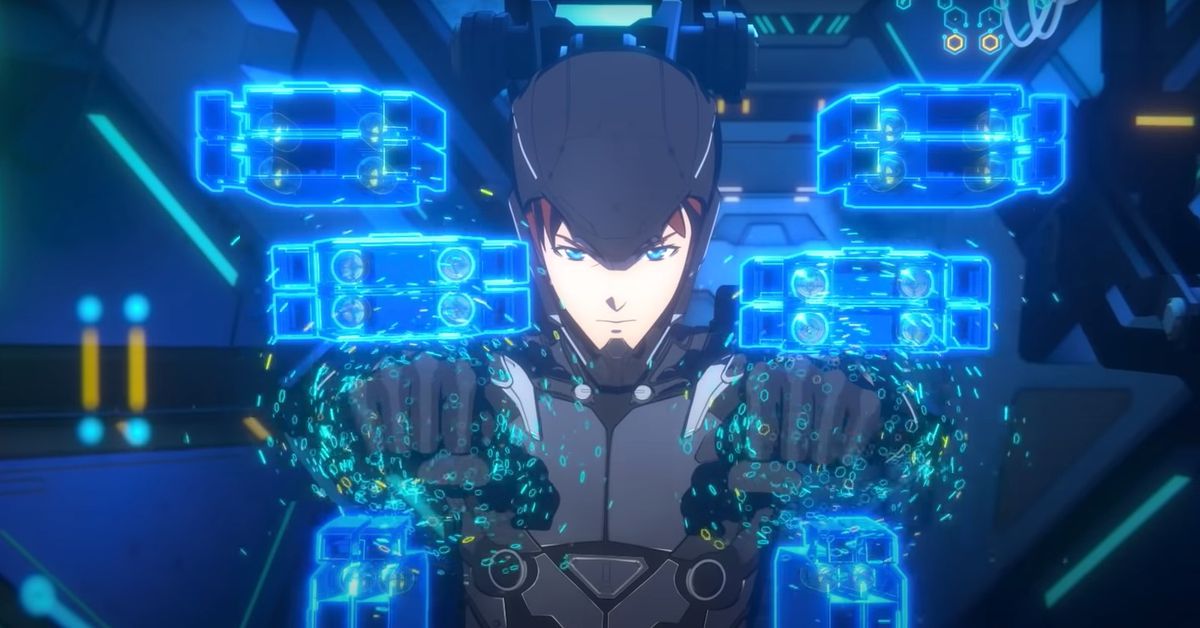 So I watched the latest episode of Servant and can’t decide whether it’s the slow pacing or the suspension of disbelief (how long can Julian and Sean keep up the plot’s central ruse before they do real damage to Dorothy?) keeping it from being genuinely frightening. I won’t spoil the latest episode, but it feels like for all the disconcerting camera angles and Dorothy’s bizarre behavior, this week’s episode didn’t move the needle all that much. I’m hanging in there, but I think the show needs M. Night Shyamalan to ramp up the scary a li’l bit.

This week’s trailers include a little sci-fi, some teen empowerment, and the third in the Pacific Rim franchise, this time an anime flick.

A group of women in Victorian-era London develop special powers and fight the forces of— yes, OK, yes, got it. In the language of the show, the women are called Touched and regarded as weirdos. Joss Whedon, creator of the Buffy the Vampire Slayer series, is still credited as creator and executive producer even though he departed the production and HBO in November amid an investigation into his conduct as director of Justice League. Laura Donnelly, Olivia Williams, and Ann Skelly star in The Nevers, which debuts on HBO Max in April.

I’m trying to think of another movie franchise where the first two were live action and the third is anime (I don’t think Into the Spider-verse quite meets that description but man did I love that movie. Anyway!). The world of Pacific Rim— Jaegers and Kaiju— returns with the story of two siblings left behind after Australia is overrun by Kaiju, as the two search for their missing parents. Pacific Rim: The Black is a series of seven 30-minute episodes, which arrives on Netflix March 4th.

The original iteration of this show was about a spunky orphan who gets taken in by a crusty older dude who needs some cheer in his life. In other words, a very 1980s sitcom with a very cute kid. The new version of the show has Soleil Moon Frye reprising the role of Punky, this time as a divorced mother of three who meets a foster child who— sitcom plot twist— reminds Punky of herself as a kid. Sure, why not. Cherie Johnson reprises her role as Punky’s best friend Cherie, and Freddie Prinze, Jr. stars as Punky’s ex-husband. Punky Brewster comes to Peacock February 25th.

Based on the novel by Jennifer Mathieu, Moxie about shy high school student Vivian (Hadley Robinson) whose mom (Amy Poehler) was a rebel back in the day (“When I was 16, all I cared about was smashing the patriarchy”). The boys at Vivian’s high school are rude jerks who rate the girls based on their looks. She and the other girls at the school finally get fed up, and Vivian publishes a zine called Moxie to expose the bad behavior. Right on. Poehler also directed Moxie, which hits Netflix on March 3rd.

Correction February 7th, 4:01PM ET: This story originally published with an incorrect title for “Pacific Rim: The Black.” We regret the error.

You might get a surprise boost in computing power if you buy a Tesla Model Y, at least in China. Electrek has learned...
Read more