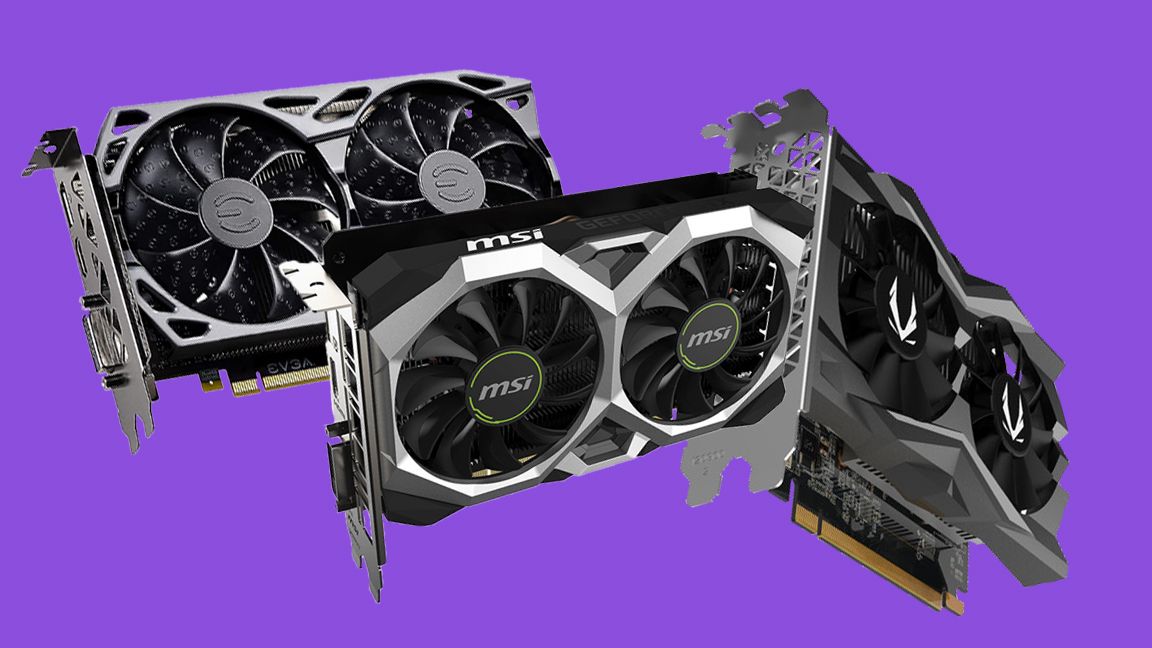 Nvidia occupies 18 of the top 20 places for graphics card usage on Steam’s hardware survey, with the GTX 1650, RTX 2060, and RTX 3080 models gaining the largest percentage changes this month despite increasing competition from AMD.

We can’t say these placements are reflective of the entire GPU market, but the Steam Hardware & Software Survey results are one of the better means of collecting data regarding what hardware and components gamers are running in their machines.

These scores aren’t surprising – Nvidia has made a name for itself by flooding the market with variants of its video cards, from mobile chips for laptops and beefed up SUPER versions of previously released GPUs. The GeForce GTX 1650, RTX 2060, and RTX 3080 lead their generational ranges with +0.24%, +0.21%, and +0.11% respective monthly increase.

The increase for the older GTX 1650 Super is likely down to sales of gaming laptops and new PC builders starting with a lower budget, though we’re not discounting that the current insane market for GPUs because of cryptomining and scalpers might have something to do with it.

The GTX 1650 Super isn’t made to blow games out of the water by running them at 4K and high frame rates after all; this is the entry-level graphics card simply to get you playing.

The Nvidia GeForce RTX 3080 offers a great price-performance ratio that explains its immediate popularity, but it’s unlikely to occupy a top 10 space any time soon unless stock issues are resolved. In fact, out of the 10 spaces Nvidia dominates in Steam’s Hardware results, eight are still occupied by 1000 series GTX cards.

Can AMD get a seat at the table?

AMD has found itself a devout fanbase with the release of its Ryzen CPU series, but if it wants to shake team green in the same way it has Intel then there’s more work to be done. More inventory of the Radeon RX 6000 series (and older ranges) needs to be released into the hands of gamers.

With AMD having desirable affordability over Nvidia’s offerings, we could eventually see team red occupying a few spaces in Steams Hardware rankings, especially with graphically demanding game titles creating a need for upgrades to existing machines.