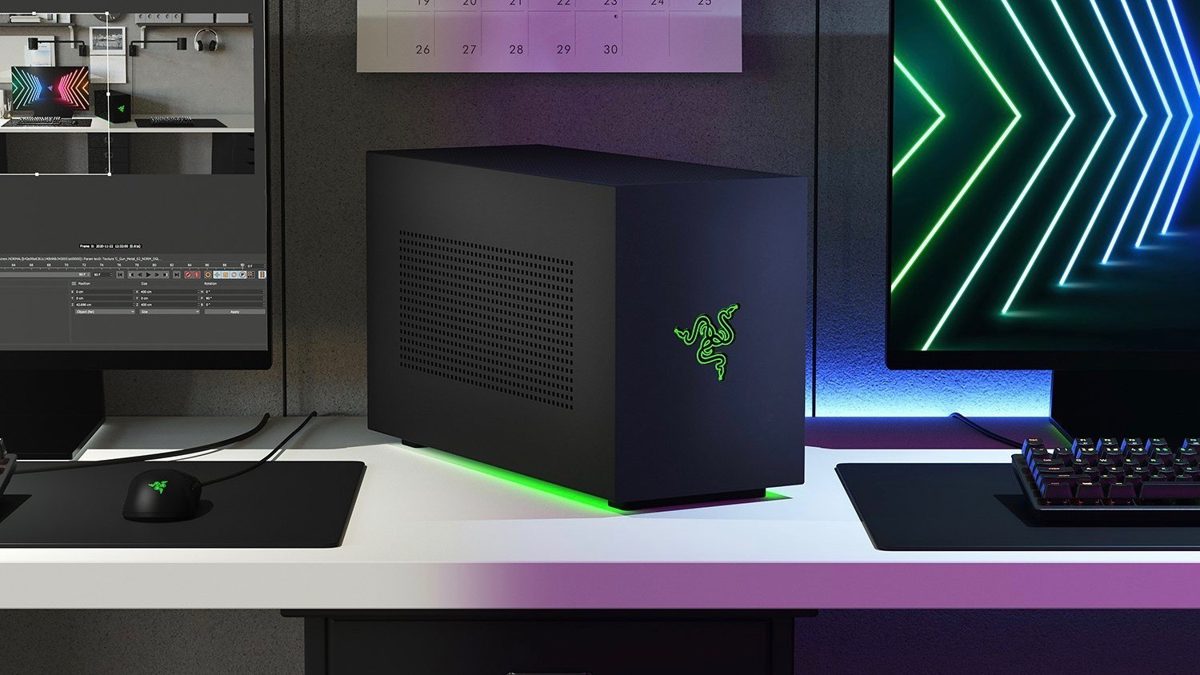 On Tuesday, the company made the product officially available on Razer.com for $2,399 after previously limiting sales to pre-orders.

The product originally debuted at CES 2020 as a concept device. It stands out as a powerful gaming rig that’s packed inside an 11.5-liter case, making the system easier to carry around or tuck under a desk. According to Razer, the product is particularly ideal for bringing to LAN parties or esports tournaments.

The company managed to pack the various PC parts inside the tight chassis by tapping Intel’s mini computing platform, called “NUC.” The technology combines the motherboard, CPU, memory, and SSD storage onto a single module, which can then be slotted inside the system.

The design also makes the PC easy to open up and upgrade. “Unlike traditional chassis, the Razer Tomahawk Gaming Desktop lets you slide out the core of your PC with just a pull of a handle, so you can swap out critical components easily,” the company says.

In terms of specs, you’re getting 512GB of NVME SSD storage plus a 2TB HDD drive. But for more memory, there’s an extra M.2 slot. In addition, the system has been outfitted with Wi-Fi 6 connectivity, Bluetooth 5.0, four USB 3.2 Gen 2 Type A ports, and a pair of USB 3.2 Gen 2 Type C ports.

On the downside, the Tomahawk’s NUC module comes with an older Intel 9th-generation Core i9-9980HK CPU, which was originally released in 2019. The system’s 16GB of DDR4 RAM also comes at a slower T speed.

For $2,399, you can buy the Tomahawk with everything included, except for the graphics card. “Some gamers may have a GPU that they fought scalpers tooth and nail for, ready to be plugged into a new system,” Razer explained in an email.

Unfortunately, the $2,399 model is currently listed as out of stock. Interested consumers can sign up on Razer’s website to learn when it’ll be back on sale. However, a pricier $3,199 model, which includes an Nvidia RTX 3080 Founders Edition card, is still available for purchase on the company’s website.

Stay tuned for our review of the product.