SSPUD’s new SFF case is made for mesh lovers 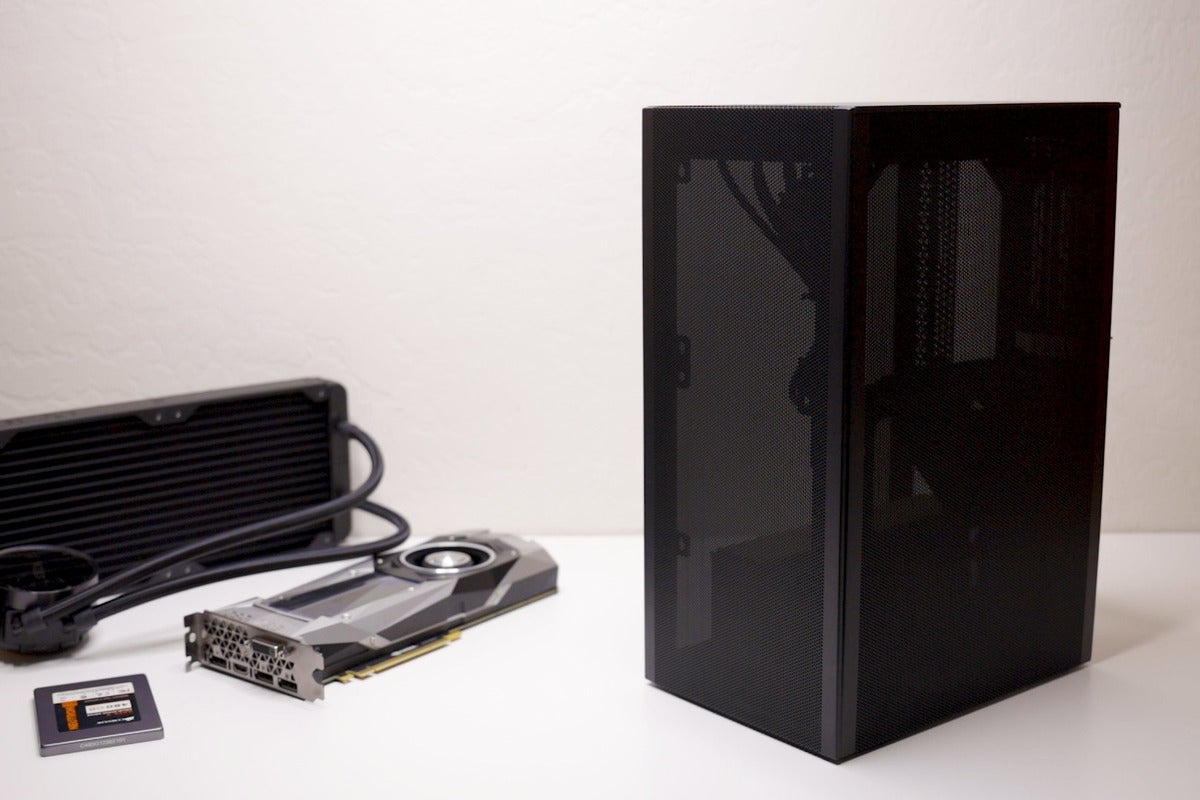 The SSUPD Meshlicious delivers just about as much mesh as you’d expect from its name. This 14L mini-ITX case sports three panels of metal mesh, with a fourth tempered-glass panel that lets you show off your graphics card. Or you can choose to show off your CPU and power supply instead, as the panels are easily swappable—and can also be purchased separately to get the exact look you want. But for now, this model as described is the first one to launch from Lian Li’s new sub-brand.

We went hands-on with it, and as you’ll see in the video above, you can configure the Meshlicious in a number of ways. It’s compatible with ATX power supplies and full-length graphics cards, and you have the option of two different styles for GPU mounting. Overall, this SFF case has a lot going for it, though its quirks make working in it less than straightforward and thus a little more complicated for folks new to sub-20L builds.

Far more complex is SSUPD’s release schedule for the Meshlicious and all of its variations. The company is taking orders in two batches: February 9 marked the start of the first round, and this initial wave of pre-orders is only for a black version with one mesh side panel and one tempered-glass side panel that will ship in March. One variant comes with a PCIe 3.0 riser cable and has an early-bird price of $110, while the other sports a PCIe 4.0 riser cable and costs $165. Neither include the longer riser cable nor the two standoff screws needed for mounting a SFF graphics card at the top of the case. You’ll have to purchase those separately—either a 180mm or 200mm riser cable, plus two 6-32 motherboard standoff screws.

Despite the Meshlicious’ foibles, this case adds yet another interesting option to choose from for SFF builders, especially those unwilling to spend $200 on a model like the Ncase M1 or Dan A4. The Meshlicious might not unseat Cooler Master’s $80 NR200 (which you can see in our PS5 PC build from last November) when grading on value or ease of use, but it is still affordable, especially given how many configurations it can support.