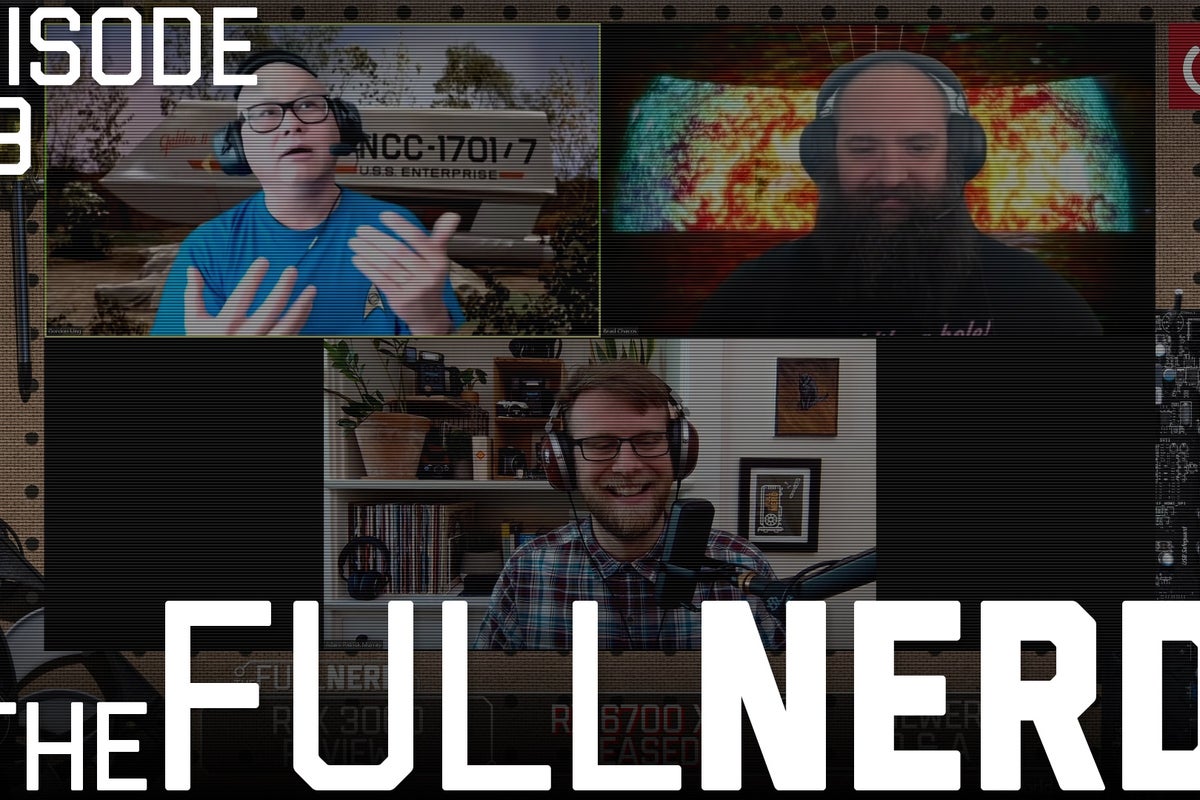 Not that you’d probably want to at today’s wildly inflated prices. We kick things off by talking about Nvidia’s GeForce RTX 3060, which launched this week. It ostensibly costs $330, and several custom models were revealed at that point, but most RTX 3060 graphics cards cost $470 or more at retail. Oof. We explain everything you need to know about this particular GPU and the bleak state of the graphics card market.

AMD attempted to spoil Nvidia’s launch by teasing its next Radeon RX 6000-series GPU, which will be revealed during a March 3 event. What do we expect? How much will it cost? Will we see AMD’s long-anticipated DLSS competitor revealed as well? The gang weighs in.

Finally, we end things—as usual—by answering a whole lot of your questions live.

You can witness it all in the video embedded above. You can also watch The Full Nerd episode 169 on YouTube (subscribe to the channel while you’re there!) or listen to it on Spotify if you prefer the audio alone.

Speaking of audio, you can subscribe to The Full Nerd in iTunes (please leave a review if you enjoy the show). We’re also on Stitcher, Google Play, Spotify, or you can point your favorite podcast-savvy RSS reader to: http://feeds.soundcloud.com/users/soundcloud:users:226190044/sounds.rss

If you want to wear your geekiness on your sleeve, check out our Full Nerd shirts, hoodies, and mousepads. We’ve got Full Nerd hats and beanies, too!

Have a PC- or gaming-related question? Email thefullnerd@pcworld.com and we’ll try to answer it in the next episode. You can also join the PC-related discussions and ask us questions on The Full Nerd’s Discord server. Finally, be sure to follow PCWorld on Facebook, YouTube, and Twitch to watch future episodes live and pick our brains in real time!

So yesterday I watched the first episode of the Netflix documentary This is a Robbery, about the 1990 heist at the...
Read more
ENGLISH

VW has yet another round of electric vehicles in the pipeline, and it's not waiting until the official launch to offer a hint...
Read more