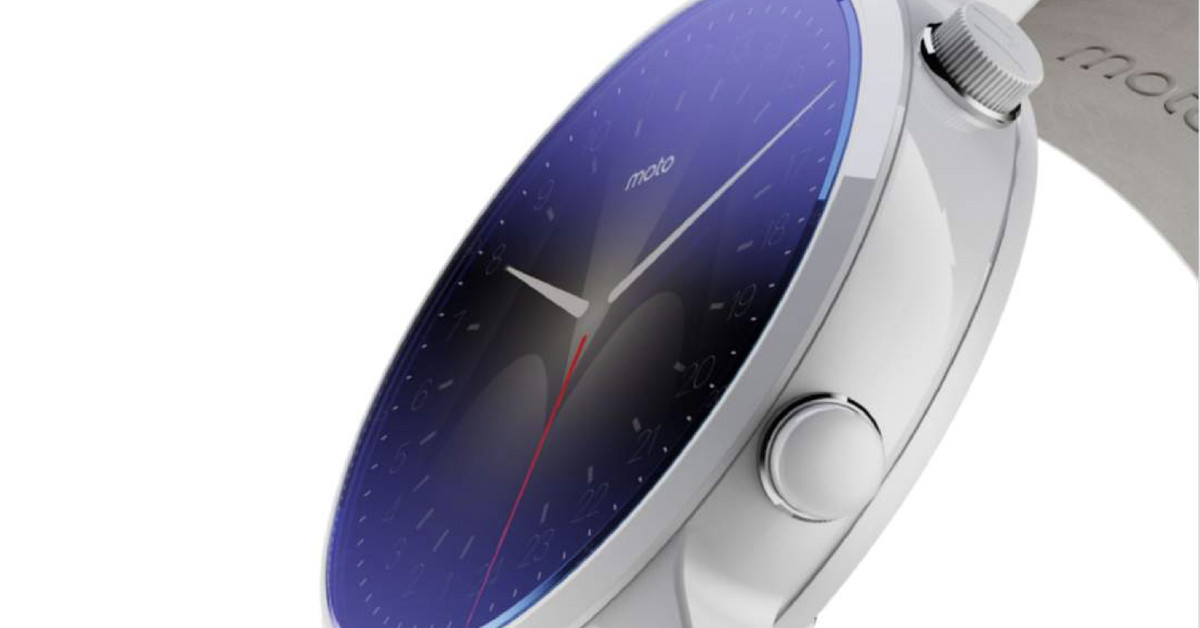 A planned Motorola-branded Wear OS smartwatch with Qualcomm’s new Snapdragon Wear 4100 processor may have leaked (via 9to5Google). If the photos are real and not just renders, it could be a sign that the next Moto 360 (or whatever it’s called) could perform significantly better than the last, and may reap some of the efficiency gains brought by the jump from a 28nm process to a 12nm one.

The 2019 Moto 360 used a Snapdragon Wear 3100 processor, which was only a minor update to 2016’s 2100. Despite Qualcomm’s claims that the new(ish) 4100 has an 85 percent faster CPU, two-and-a-half times faster GPU, and 25 percent more battery life, it seems like there’s only one watch on the market that actually has the chip.

The image that shows the potential watch (and which also seems to show a wireless charging coil) was found in an investor presentation alongside three other smartwatches. The unnamed watch has some text on the back, and when Reddit user TheMacJezza zoomed and enhanced, they saw that it appeared to say “Snapdragon Wear 4100.” I’m no logician, but that would seem to imply that this Mystery Moto has a Snapdragon Wear 4100 in it (especially considering that the current Moto 360 has its processor name printed on the back as well).

Motorola doesn’t actually make Moto-branded smartwatches itself. The name was licensed to a company called eBuyNow, which released the third-generation Moto 360 in 2019. eBuyNow later merged with another company called CE Brands, according to 9to5Google, which earlier reported on an investor presentation containing details of the Moto-branded hardware roadmap for 2021.

Correction: This article previously implied Moto-branded smartwatches were still made by Motorola; it has been updated to reflect that the brand is licensed out. The Verge regrets the error.