WhatsApp is going ahead with its controversial privacy update 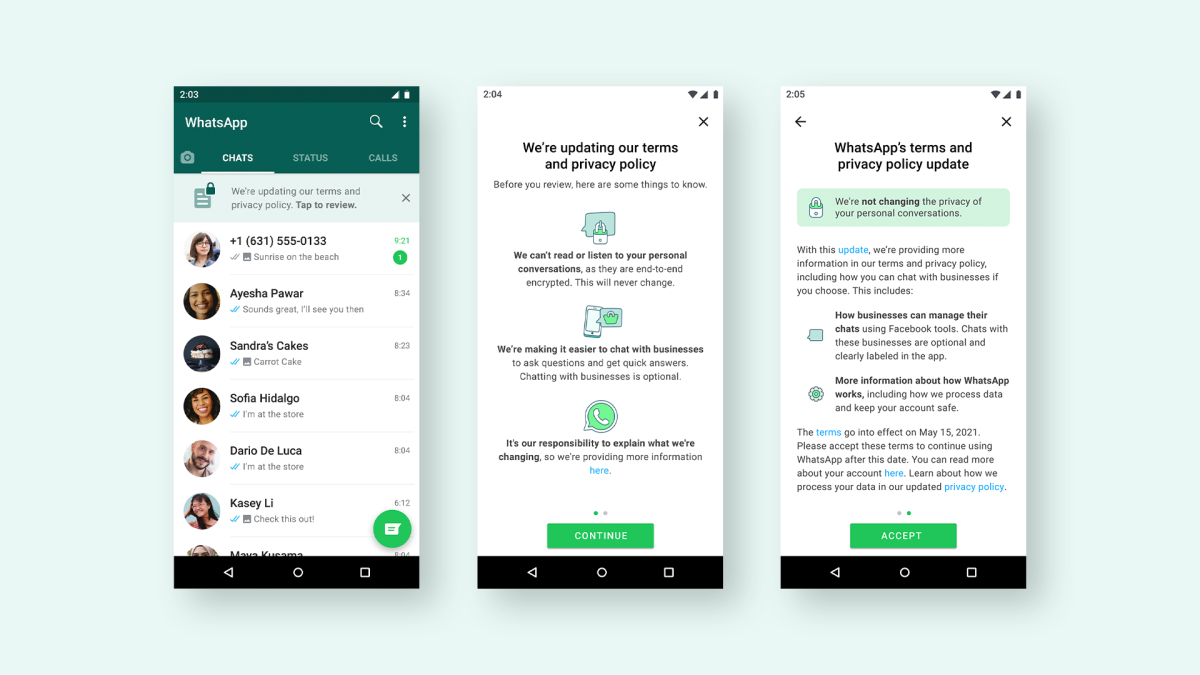 Messaging service WhatsApp has decided to go ahead with controversial changes to its privacy policy and looked to clear up what it describes as “misinformation” surrounding the update.

The company also emphasized its commitment to data protection, encryption, and providing a free service.

“Today we’re sharing updated plans for how we’ll ask WhatsApp users to review our terms of service and privacy policy,” a WhatsApp blog explained. “We previously encountered a great deal of misinformation about this update and we continue to work hard to clear up any confusion. As a reminder, we’re building new ways to chat or shop with a business on WhatsApp that are entirely optional. Personal messages will always be end-to-end encrypted, so WhatsApp can’t read or listen to them.”

When WhatsApp initially announced plans to change its privacy policy, there was widespread outrage, with users switching to other messaging apps like Telegram and Signal. In India, executives from Facebook, WhatsApp’s parent company, were even asked to answer questions about the upcoming changes before a parliamentary panel.

Nothing to worry about?

The controversy surrounding the update stemmed from the belief that it would mean that WhatsApp could collect information from personal conversations and share this with Facebook and other firms.

WhatsApp has now clarified that its new privacy terms will relate to how people interact with businesses on the platform, while also providing further transparency around how it collects and uses data.

According to user feedback, many prefer this approach to the full-screen alert announcing privacy changes that WhatsApp previously employed.

Although the privacy changes do not appear to be nearly as dramatic as the initial backlash made them appear, WhatsApp may want to avoid similar confusion in the future, particularly as the instant messaging space gets more and more competitive.