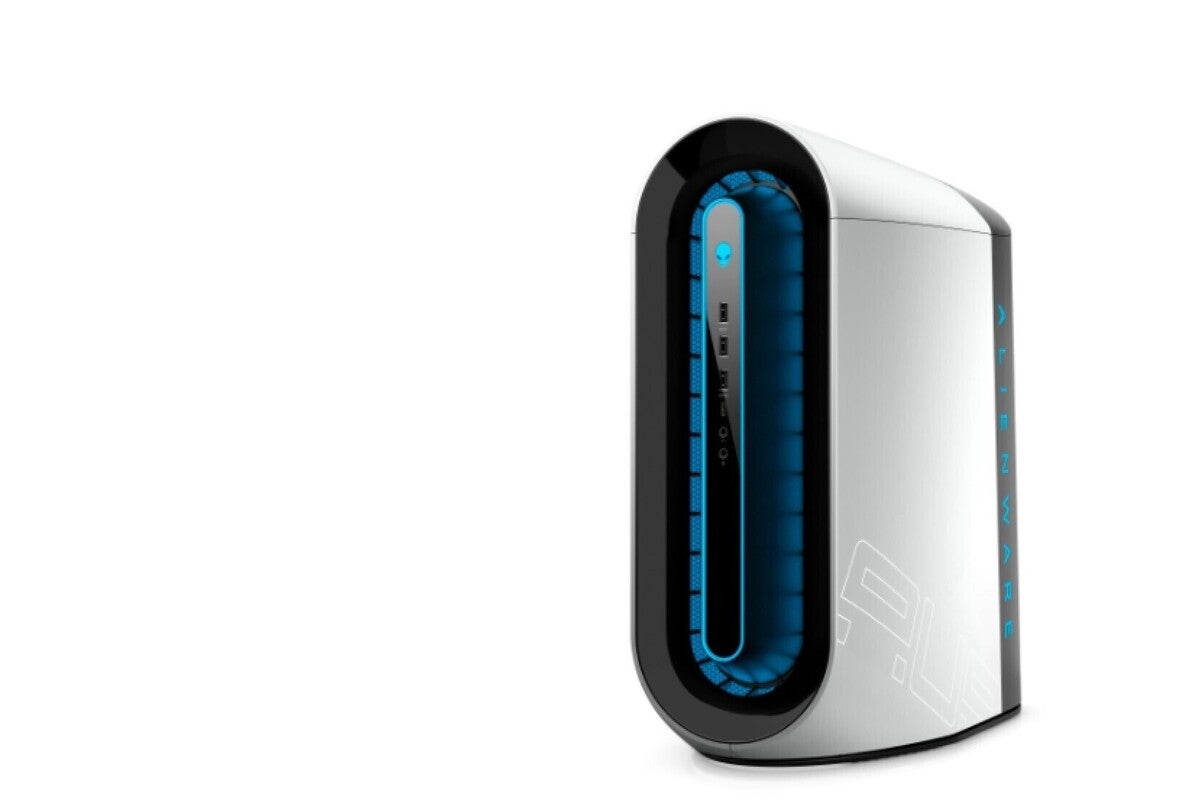 Well, that’s what you’d think if you read a headline that screamed: “Several US states are banning gaming PCs” or “High-end gaming PCs banned in six US states after Calfornia energy bill limits sales on high performance PCs.”

This all kicked off when Alienware put notices on its website of certain model desktop PCs that cannot be sold in California, Colorado, Washington, Oregon, Hawaii and Vermont, due to “power consumption regulations adopted by those states. Any orders placed that are bound for those states will be cancelled.”

This has been coming for a long time

While we’re surprised Alienware had to take this step, the reasons why are actually not new. I had looked into this way back in 2018, after two PC companies told me the end was nigh in California due to the regulations that had been passed in 2016. I  waded through hundreds of pages of California Energy Commission reports and meeting minutes. On the face of it, it did sound like California’s strict power regulations would end most desktop PC sales in California on July 1, 2019.

The truth is, of course, far more nuanced. Power regulators were mostly looking for ways to rein in the power use of PCs in idle mode, as a way to manage energy use during the workday. Regulators were primarily targeting the typical compact PC or all-in-one you see sitting in banks, hospitals and businesses—not gaming PCs. In standard bureaucratic style, though, it’s neither easy nor clear-cut to know which PCs are being targeted, unless you can make sense of Intel’s Expandability Score Calculation chart below better than we can.

The energy guidelines look at the memory bandwidth of the GPU, the efficiency of the power supply, and even the number of USB ports and other seemingly random PC parts, to calculate a score so complicated you have to use a spreadsheet to figure it out.

Counter-intuitively (or perhaps this is regulators giving an out to component makers), the more powerful a PC it is, the more loopholes it is given by the power regulations, which is a good thing for PC enthusiasts. Two very large component vendors told me they thought that California power regulators listened to concerned companies and crafted reasonable restraints into the rules. Considering what some environmental groups pushed for at the time (we can nicely call them the ‘Zero-Watt Coalition’), the regulations mostly dictate idle power consumption, not active use.

It would be easy to jump to a conclusion and assume that Alienware was just the first company to stop shipping gaming PCs to those states, with others to follow. But these six states haven’t necessarily banned “gaming PCs.” Alienware apparently met the standard on some models, but several don’t make the cut. The company will simply cancel orders to those customers who try to buy them.

Asked for additional information, Alienware officials told us: “Alienware has always been known for pushing the limits when it comes to innovation, performance, design and premium quality. We respect the laws of all cities, states and countries where we do business and always strive to balance power and performance with energy efficiency. While our most powerful gaming systems are available in all 50 states, it is accurate that select configurations of the Alienware Aurora R10 and R12 aren’t shipping to certain states due to the recent California Energy Commission (CEC) Tier 2 regulations that went into effect on July 1, 2021. New models and configurations will meet or exceed these regulations, in line with our long-term focus to address energy and emissions.“

What’s not clear to me is why Alienware didn’t have these particular systems ready to meet the stricter guidelines by July 1, but I frankly can’t blame Alienware either. California’s attempt to regulate computer power consumption is pretty much everything we’ve come to expect from years of government training.

The good news is on July 1, 2019, sales of PCs didn’t stop in those states. And on July 1, 2021, when the second tier kicked in, most gaming PCs weren’t banned—just a few Alienwares.

But that doesn’t mean it won’t happen. Politics (and it is politics here, because bureaucrats don’t get to pick what their jobs are) dictates that pressure will continue to be put on the PC industry to make more power-efficient machines.

In an ideal world, the industry would solve the challenge without convoluted regulation, because power efficiency is one of the easiest ways to give you more performance today. That is not how politics works, though. As long as there are groups asking for stricter regulations, there will be politicians who pay attention to them. Desktop gaming PCs weren’t banned, but clearly this segment has a target on its back.

Black Friday is technically over, but many of the same deals have carried over into Cyber Monday — plus a few...
Read more
TELUGU

All products recommended by Engadget are selected by our editorial team, independent of our parent company. Some of our stories include affiliate links....
Read more